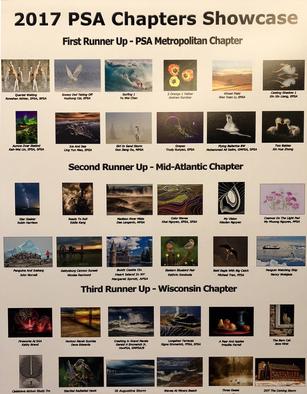 Each year since 1983 PSA has conducted an inter-Chapter judging of twelve images by twelve different photographers from each Chapter called the Chapters Showcase. The award images are announced and shown at the PSA Conference and then they are posted on the PSA web site. The Southern California Roundup Chapter began participating in the Chapters Showcase competition in 2015.

The Southern California Roundup Chapter was honored to judge the 2017 PSA Chapters Showcase. The judging was managed by Stuart Lynn, APSA; and the judges were Nan Carder, APSA, MPSA; Diane Racey, FPSA, GMPSA; and Joanne Stolte, FPSA, MPSA, EFIAP.  The SoCal Chapter could not have their 2017 Showcase images judged; however, the SoCal Chapter's Showcase can be seen below and was shown with the other Chapters at the 2017 PSA Conference. 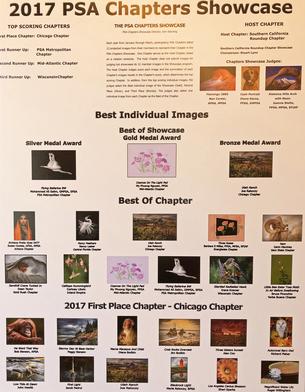